In light of the Fisher vs. University of Texas case that has been in the center of attention recently, this past month at Brown has been a turmoil of random editorials about race that went unnoticed by my white friends and simultaneously threw my Third World Center friends into a mad frenzy.

One editorial by Heath Mayo ’13–  titled “Negating Affirmative Action” — did just that and so much more. Mayo argues that the Supreme Court should find in favor of Abigail Fisher as “automatic acceptance policies, such as the University of Texas’ top ten percent rule, already serve to admit a number of black and Hispanic students from majority-minority schools who add a great deal of diversity to student bodies.” Admission by race does not allow for individuals to achieve success based on their own merits. He finishes off by quoting Chief Justice Roberts: “The only way to end racial discrimination is to stop discriminating on the basis of race.”

The pro-affirmative action editorial popped up a couple of weeks later, also written by a white student. Oliver Rosenbloom ’14 writes “In Defense of Affirmative Action”. He states that “an institution’s racial and ethnic diversity has positive educational benefits for all students” as students of different racial backgrounds bring different perspectives into the classroom, perhaps some that a homogenous white student body would not be able to provide.

Although differing their positions on affirmative action, both these articles seem to be telling me the same thing. There is no doubt that learning about “profoundly different experiences in America” or “different perspectives” are incredibly beneficial to the student body; in fact, Mayo also agrees with Rosenbloom on this point. Mayo merely disagrees that affirmative action is required to achieve this racial diversity.

But that point was probably not the most compelling point they could have made for a reader like me — a woman of color. I could think of a number of other benefits I would get from affirmative action, including the white society’s ownership of their historical racial injustice against people of color and perhaps this bandaid solution being a stepping stone towards greater racial equality. No, it was clear that they were both talking to a white audience — for whom “racial diversity” was probably not only the most compelling but perhaps the only reason to advocate for affirmative action. And that made me think about why whites would ever want to achieve racial equality in our society. 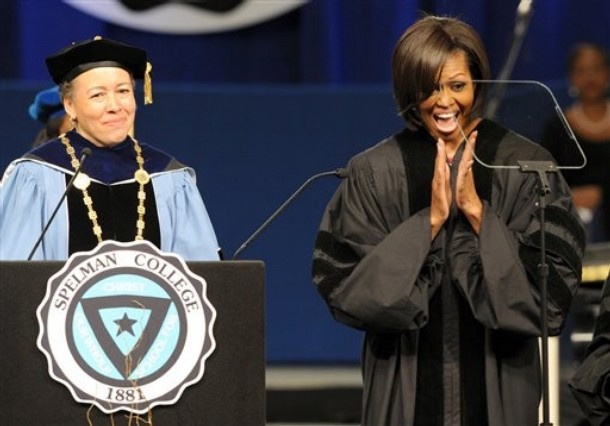 WHY FIGHT FOR RACIAL EQUALITY? ASKS A WHITE KID
In her book, “Why are all the Black Kids Sitting Together in the Cafeteria?” Dr. Tatum states under the section “The Cost of Racism”:

Several years ago, a White male student in my psychology of racism course wrote in his journal at the end of the semester that he had learned a lot about racism and now understood in a way he never had before just how advantaged he was, He also commented that he didn’t think he would do anything to try to change the situation. After all, the system was working in his favor.

This is the perfect example of my fears. What if there isn’t a reason for whites to become aware of or fight against racism — other than wish-washy reasons like “diversity”?

THE INTELLECTUAL ARGUMENT
But Tim Wise seems to present one of the most compelling reasons for whites to also advocate for racial equality. In his book, White Like Me (a personal bible for white privilege issues), he begins off the book with a quote from James Baldwin’s “The White Man’s Guilt:

People who imagine that history flatters them (as it does, indeed, since they wrote it) are impaled on their history like a butterfly on a pin and become incapable of seeing or changing themselves or the world. This is the place in which it seems to me, most white Americans find themselves. Impaled. They are dimly, or vividly, aware that the history they have fed themselves is mainly a lie, but they do not know how to release themselves from it, and they suffer enormously from the resulting person incoherence.

In fact, for some, this intellectual quest for morality or truth may be enough. In my Asian American feminist group, we have an active Asian American male member. When he first approached our table at the activities fair, I was a bit skeptical — after all, the guys that had come to talk to us before had mainly been in search of “better understanding Asian women” as to recover their Asian ex-girlfriends. But during the first meeting, when we asked him why he had joined, he told us that he — as a male — was also a part of the sexist society and was uncomfortable living in a society that presented him as an ignorant, patriarchal, sexist male. It was only then that I had realized that there were real reasons that people of privilege came to be involved in the struggle.

THE “WHITE” IDENTITY ARGUMENT
My personal favorite (theoretically, if I had been a white person) benefit for racial equality involves examining whiteness. Wise once asked a group of people, “What did black folks like about being black? And what did whites like about being white?” Blacks listed off attributes of their culture such as music, food, camaraderie, strength, and families. The whites, on the other hand, had a list full of negatives — what they liked about not being a person of color: not being followed around in stores, not losing out on a job, not being stereotyped. Wise writes:

We were defining ourselves by a negative, providing ourselves with an identity rooted in the relative oppression of others, without which we would have had nothing to say… Inequality and privilege were the only real components of whiteness… Being white means to be advantaged relative to people or color, and pretty much only that.

I remember walking down Thayer Street with Peter, a friend of mine I had partnered up with during diversity training for residential peer leaders. He told me that even as a straight, white, upper class male, he envied me as an Asian American woman. When I asked why, he told me that it’s because I have a culture, an identity that means something. He was always grasping at thin air, trying to figure out what it meant to be a white male in this country. He told me he was planning to leave American and travel all around the world — so that maybe in not being European or not being Asian, he would be able to better define his identity as a white American. That seemed to have been a compelling enough reason for him.

One thought on “Affirmative Action”